A Primer on Tobacco Use Disorder

There is little doubt that tobacco use is extremely problematic in the U.S. and that many people suffer from tobacco use disorder and nicotine addiction. Tobacco use is the single largest preventable cause of disability, disease and death in America. In fact, according to the Centers for Disease Control and Prevention (CDC), cigarette smoking alone is responsible for over 443,000 premature deaths in the U.S. every year — that’s roughly 1 out of every 5 deaths in America! Compounding that are around 8.6 million additional individuals that suffer with some form of illness caused by smoking.

NOTE: While there are multiple forms of tobacco use that all carry dangers, the predominant form of tobacco consumption in the U.S. is cigarette smoking. Hence, much of our discussion here focuses on smoking. However, Rehabilitation Physicians does treat all variations of tobacco use disorders and nicotine addiction as all of the addiction drivers remain the same.

Tobacco Use / Nicotine on the Brain

Cigarettes and many other types of tobacco products — i.e., cigars, snuffs, pipe tobacco, and chew — all contain the extremely addictive drug nicotine. Nicotine is easily absorbed into the blood when a tobacco product is smoked, chewed, or otherwise inhaled. When nicotine enters the bloodstream it immediately stimulates your adrenal glands to release epinephrine (adrenaline). Epinephrine is a hormone that in turn stimulates the central nervous system and increases breathing and heart rate, as well as blood pressure.

Nicotine also boosts dopamine levels, which can affect the brain reward/pleasure circuits. In fact, many tobacco users will experience long-term brain changes from sustained nicotine exposure, resulting in addiction. Nicotine addicted individuals will engage in compulsive smoking, regardless of the very real negative consequences thay already know about. Studies indicate that cigarettes actually contain substances like acetaldehyde, which may enhance the effects of nicotine on the brain.

Withdrawal symptoms are likely to include irritability, difficulty paying attention, problems sleeping, stronger appetite, and powerful tobacco cravings that too often compel the user back to smoking.

At the root of all tobacco forms is a substance called Nicotine. However, nicotine is only one hundreds of chemicals you might find in tobacco. In the case of cigarette smoke you essentially have a diverse mixture of chemicals that can be harmful, like carbon monoxide (increases chance of cardiovascular diseases) and tar (increases risk of lung cancers and getting emphysema and bronchial disorders), formaldehyde, cyanide, and even ammonia. Many of these substances are known to be carcinogens. While nicotine is highly addictive, toxic, and quite poisonous if ingested in large quantities, it is not know to cause cancer. Other chemicals account for most of the serious health risks associated with using tobacco products.

The risks get even more disturbing for pregnant women who smoke. The chances of having a miscarriage, a stillborn child, a premature birth or low birthweight are all much higher. Learning ability and behavior in kids may also be affected as a result of smoking during pregnancy. Smoking more than a pack of cigarettes per day while pregnant significantly increases the risk that the child will become addicted to tobacco if they ever try smoking.

There are also risks to nonsmokers who passively come into contact with secondary smoke. Nonsmokers who are exposed to secondhand smoke are at greater risk for developing numerous diseases, as well as heart disease (+25 to 30%) and lung cancer (+20 to 30%). On average, adults smokers will die about 14 years earlier than a nonsmoker.

What should you do if you're addicted to tobacco?

Well over 90% of all people who smoke and attempt to quit fail with no help. Other kinds of tobacco users shows similar problems quitting on their own. However, everyone has the ability to stop and EVERYTHING we do in theis regard is going to help you. At Rehabilitation Physicians we understand how tobacco cessation must work and it CAN be done. Treatment programs almost invariably help smokers manage withdrawal symptoms and improve the chances of a successful outcome. Reach out to My Addiction Physician ™ today. 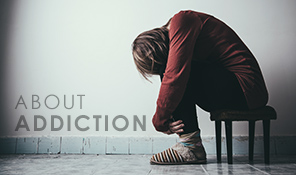 Learn about the drivers of addiction, including what addiction is and why it persists. There IS a way to break free from addiction!

Learn about the Dr. Avart’s approach to treating, abuse, dependence, and addiction. We help you to get your independence back!